Autonomous vehicles are coming to a street near you: when and how?

My son Max is 11 and really wants to drive a fast car, but will autonomous vehicles beat him to it, I went to Web Summit 2017 to find out what his chances are.

One of the attractions of going to Web Summit this year was the focus on Auto Tech. BMW, Mercedes Benz, VW and Uber were all there, ready to tell us all about a world we don’t yet know. Like many people I had read numerous reports but still wasn’t sure if I completely believed it. On my list of questions were:

What becomes apparent pretty quickly is: it’s not a case of if but when. Although the question of when does provoke differences of opinion. According to the experts, it’s sometime between 2020 and 2030. If you buy your cars, and keep them for a good time, that early date is worth noting.

Of course, some of the autonomous tech is already here, intelligent braking, steering and accelerating is already available in some of the Mercedes, BMW, Tesla and Volvo ranges. A point the driverless lobby might communicate more strongly as they seek to overcome fears surrounding the switch to autonomous.

First I went to listen to Martin Hofmann, VW’s Group CIO. Martin told us that beyond the focus on the car and the consumer, in order to get started there needs to be greater focus on the data.

Understanding weather and traffic are key to a successful autonomous mobility system and VW has developed a platform to manage this data. Predicting hot spots and re-routing traffic is imperative. This requires autonomous vehicles to be constantly connected. These cars will also need to be electric and this means that batteries are going to require a rapid increase in range and alternative methods of charging.

Now I was starting to get a better grip on the 'how', but what are the stages to getting us there?

I headed to a panel attended by Zach Barasz from BMW i Ventures, Adam Kell from Comet Labs and Karen Francis from Nauto. Apparently the first stage isn’t autonomous at all, it’s to transfer every minute use case, like checking email, Instagram, WhatsApp and Facebook, to the in car environment. According to Zach, 88% of drivers will check their phone for at least 3½ minutes every hour.

And what about self-driving cars alongside the petrol heads? Well, Karen says we coped OK with horses and cars side-by-side for 30 years. I think most of the audience were in the dark on this analogy.

More practically, expect to see specific lanes on motorways and designated areas of cities to get us started. And there are defined levels of autonomy; stage 4 is for cars that are self-driving but not in unmapped areas, or in severe weather conditions.

Stage 5 is the level of a good driver and that is frankly the only acceptable level in most people’s minds. That could take some time given artificial intelligence, which these vehicles rely on, isn’t yet mature enough.

Safety and reduction in pollution levels are key drivers (sorry, couldn’t resist it) for these new cars and every speaker I heard is keen to make this point. Oh, and no insurance or servicing as we know it!

Changing perspectives from auto makers to tech giants, Google and Apple: what part do they hope to play?

Google are seemingly out in front as they’ve been testing since 2009 via their subsidiary Waymo. Like Apple they aren’t interested in making the cars themselves but are very interested in owning the technology that sits inside and outside them.

That technology consists of GPS, cameras, radar, ultrasonic sensors and software. More pertinently it gathers unimaginably vast volumes of data. Data is something Google knows about. And, most certainly, knows how to monetize.

Mercedes Benz were one of the main sponsors at Web Summit 2017 and so I went to see them on their impressive two-story stand.

I chatted to one of the team on the stand and was invited to a presentation given by their CIO for Vans, Nikolaus Oster about - yep, you got it - self-driving vans.

We got to see concept van images and a video of the Mercedes new and very real 'Vision Van'. It was a look into what delivery will look like in the not too distant future. And when I say a van, well this surely is the future of the ‘A-Team’, it’s a thing of beauty packed to the rafters with autonomous tech. From sequenced packing based on the delivery timetable to roof top landing pads that set drones free to deliver smaller packages based on the vans geographic location. Drones are the only way to manage the increase in delivery logistics inside big cities, apparently.

It seems my son Max's thrill seeking ambitions might be better directed toward being a delivery drone pilot, rather than a racing car driver. Sadly, it also looks inevitable that too will be the the territory of robots or AI.

Vans have never been so exciting (irony intended).

Finally, I headed over to BMW, or to be clear BMW i, these guys had a large presence with the option to drive the i3 around the Summit streets. I of course couldn’t resist and was really taken with it. For one thing - and maybe surprisingly - they are quick!

Anyway, it was BMW’s 100th birthday last year, I’d read a quote from their marketing chief Ian Robertson before arriving in Lisbon that the car industry would change more in the next five years than in the past 100, so was keen to hear from the German car giant.

I arranged to get hands on with the BMW i concept vehicle. This thing really was futuristic, although not an actual vehicle as such, it certainly gave some insight into what a driving experience in 2030 might look like.

One of the first things I hear that will make my son Max happy is that - at least for all autonomous BMW’s - you will be able to drive the car yourself, if you so wish. Brilliant!

This concept car is like the interior of a high-end hotel; leather in abundance, a flat screen TV, a book shelf – yes, you did read that correctly, a book shelf - speakers built into the head rest that wrap around your head - lovely and BMW’s very own ‘HoloActive Touch’, a concept dash interface that uses gesture commands. I had a play and it’s very cool.

So that’s it. Autonomous cars are coming and if you are still not convinced then Deloitte reckons that car ownership costs could drop by two thirds. Interested now?

Want to know more? There are a ton of videos online but this one by BMW should be enough to give you a taster. 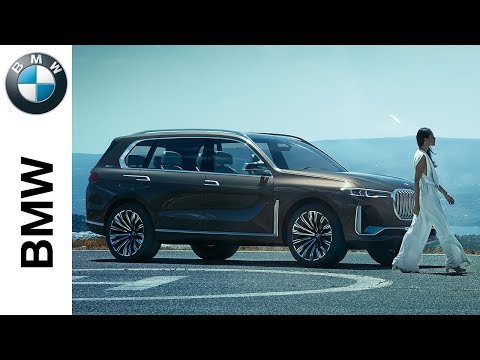 Web Apps Technology
Previous All Next