A world of Snapchat: How we oldies can market to Generation Z

A new consumer is coming. We’ve become so reliant on technology that it’s formed the basis of how we lead our lives personally and at work. In particular, today’s youth are so exposed to technology that it’s become a sixth sense, a type of language, or even an extra body part in the case of smartphones.

According to 2010 research collected by the Kaiser Family Foundation, American 8-18 year olds, or what some experts call Generation Z, spend 7 hours and 38 minutes using ‘entertainment media’ per day.  It’s got to the point where curious toddlers are learning to use new technologies like it’s a natural process. 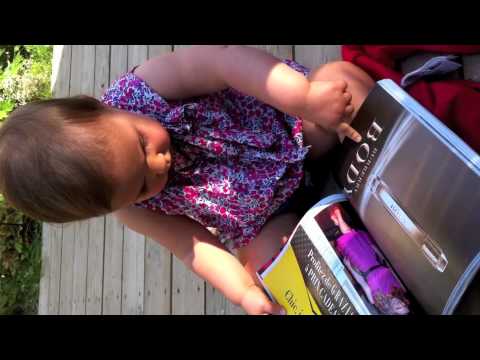 As marketers we should take advantage of the way technology allows us to communicate with consumers instantly through a variety of mediums. Also, we should study the consumption patterns of young people so we can engage with them effectively.

A large majority of us are Generation Y members already, but what are some of the key differences between us and Generation Z, and how can marketers use this to benefit?

2. Generation Y are referred to as the ‘Millennials’ or the ‘Digital Natives’. Generation Z are known as the ‘Internet Generation’ (or perhaps it should be Generation 2.0 or Generation Blubber).

Generation Z are too young to have a dress sense.

4. There are an estimated 80 million Millennials and 23 million Generation Z members.

5. Generation Z are said to be more entrepreneurial than their Generation Y counterparts. According to an American Freshman Survey almost four out of five of them believed they were more driven than their peers.

6. Generation Z will be better educated than Generation Y. According to Edudemic, 1 in 2 Generation Z members will be university educated compared with 1 in 3 from Gen Y and 1 in 4 for Gen X.

7. Generation Z strive to create a life with more security. For example, those born post 9/11 are particularly aware of important world issues and will be more inclined to solve them in the future, more so than their Generation Y counterparts. They are also very environmentally conscious.

8. With the recent recession and the cost of study rising significantly, Generation Z are unwilling to incur large amounts of debt. They prefer to save, in contrast to the Millennials who need instant gratification.

9. Generation Y are absorbed in technology, while Generation Z members who have been solely brought up with it. This difference in thinking will be seen in the future workplace where employees are much more likely to bring their own devices in.

Marketers need to use this type of information. For example, if you’re a clothes retailer you know what teens (who are part of Generation Z) wear, but how do you really engage with them to buy your product?  They are fast paced, up to date and smart. They know what they want and how to get it in the most efficient way.

If you want to sell your services to them you must align the way you conduct business to their characteristics and lifestyles. Perhaps try marketing yourself as youthful, aware, diverse, morally conscious, instant, 24/7 and sustainable. Then you might be able to connect with a very large and influential group of consumers in the future.

So we know about Generation Y and Generation Z, but have you heard of Generation Alpha? Apparently, this includes individuals born from 2010. I wonder what they’ll be like…